Running a franchise: six factors to get right 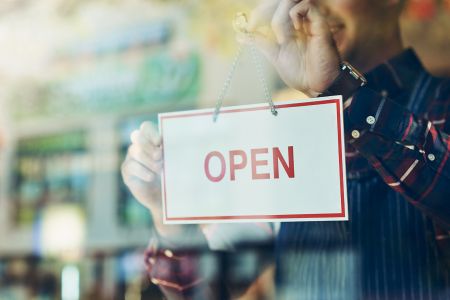 17/09/2018 - It’s a business model that allows entrepreneurs to be their own boss within the security and framework of a large organisation. We explore how to make a success of becoming a franchisee.

From fast food outlets to dance schools, there’s no shortage of franchise opportunities in the UK – and for budding entrepreneurs it’s a model that can offer some advantage over creating a business from scratch.

“Franchising done right enables franchisees to join a network and get guidance from the franchisor when setting up and throughout the journey, not always breaking the bank, and getting the help they need to succeed,” says Pip Wilkins, CEO of the British Franchise Association (BFA).

Another plus point is that franchises have a strong success rate: an estimated 97% of franchise-run units are profitable. “With a franchise, you’re able to hit the ground running because you’ll have purchased the right to replicate a tried-and-tested system,” says franchising lawyer Gurmeet Jakhu, director of law firm Emms Gilmore Liberson.

Many new franchisees are attracted by the opportunity to buy into a business they already know and trust. Rachel Betts, who runs Stagecoach Performing Arts Croydon, part of the internationally renowned Stagecoach network of performing arts schools, decided to take on her franchise after working for the network as a teacher.

“I saw what a difference Stagecoach made for its students and thought: ‘I want to do this’,” she says.

Valuable support
Betts has benefited from marketing support and teacher training, and was attracted by the strength of the brand and Stagecoach’s commitment to national advertising.

“Currently the Stagecoach brand is thriving with 300 principals and 3,000 teachers worldwide,” she says. “Coming into such a well-known franchise means you can focus on the quality, atmosphere and creativity within the classes rather than having to think about building a brand and identity from the ground up.”

As a franchisee, being able to tap into a significant amount of business support was also a major draw for Rebecca Woltenholme, who runs the Chichester branch of Little Street children’s role-play centre.

“As part of the franchise network we receive daily support from head office,” she says. “The scope of this is endless, but to name a few areas, it includes help in locating the right property to run the business from; all the health and safety requirements for the business; advice on employment of staff and on HR issues; and training for the franchisee and staff on all daily business operating processes.”

Woltenholme agrees that support with the basics has freed her up to concentrate on building the business. “Working as part of a franchise has allowed me to focus on the development and refinement of the business model,” she says.

Key challenges
While the franchise model is attractive, it’s worth considering some potential sticking points.

“A downside for the franchisee can be that they cannot just do what they like; they have to follow the system,” says Brian Duckett, chairman of franchise consultancy The Franchising Centre.

However, some franchises do allow room for creativity. Says Betts: “I feel I’ve been able to put my own stamp on the classes I run alongside my fabulous teaching team in Croydon. Stagecoach gives us the structure and we can fill that in with our own creativity and ideas.”

Depending on the type of franchise you choose, you may also feel isolated – even with support from the franchisor. “As with anyone running their own business from home, it can get lonely,” adds Betts. “You have to be highly motivated and creative in finding ways to meet up with other franchisees, work in cafes and get out and about so that you stay motivated and energetic.”

On the plus side, however, Betts enjoys the independence of her role. “It’s a fantastic business model to go alongside other life commitments and you can choose the hours that suit you,” she says.

Becoming a franchisee: the essential six
1.Decide whether it’s right for you. “Carry out your research on available franchises on the market. It’s essential you’re working with a brand you’re proud to represent,” says Woltenholme. Betts adds that you need to be at the right stage in your life to do it. “I was lucky that I had a tunnel vision approach and drive in wanting to fill the classes, expand the business and make it a creative success,” she says. “It’s important you have the time, energy and motivation to do this.

2.Consider the costs. “Determine what bank funding options are available and what you’re personally eligible for,” says Woltenholme. “Ensure you’ve built a good financial model that delivers the necessary financial returns.” A potential franchisee should always be realistic when considering buying a franchise about whether they can afford it, agrees Wilkins. “There’s the initial investment fee, property lease, equipment and staff to consider, among many other factors. It’s common for a franchisee to not earn a salary for the first year, so make sure you manage expectations. One way around this is to look at acquiring a franchise resale as the brand will already be recognised in the area, with the staff and the groundwork in place.”

3.Pay a visit. “Make sure during the decision-making process that there’s the opportunity to visit, and even work in, an existing unit for a day or more; then speak to as many of the existing franchisees as possible to check their actual experiences vis-à-vis what the franchisor told them before they joined,” advises Duckett.

4.Do your due diligence. “That includes investigating the business sector in which the franchise operates, assessing the competition and whether there’s sufficient demand for the franchisor’s products and services in the territory,” says Jakhu. “Make good use of BFA resources – including their list of questions to ask a franchisor before taking up a franchise.” Accreditation by the BFA is also highly desirable. “No franchise-specific legislation currently exists in the UK,” says Jakhu. “However, the BFA is a representative body of the franchise industry and acts as the unofficial watchdog of standards.”

5.Be realistic about what you can do. “One of the best things I did was hire an admin assistant,” says Betts. “It helped me work smarter and more efficiently and has definitely impacted the growth and success of my business. It means I can focus on the vision and direction of the school and think about the bigger picture.”

6.Utilise your support network. “Reach out to other people in the network and to your franchisor for support – no problem is too small, and that support and connection is the very reason you’ve bought or are buying into a franchise rather than setting up your own brand or business,” says Betts.