Malls of Tomorrow Will Be Less Big Box, More Lifestyle, and Play Well With E-Commerce Too 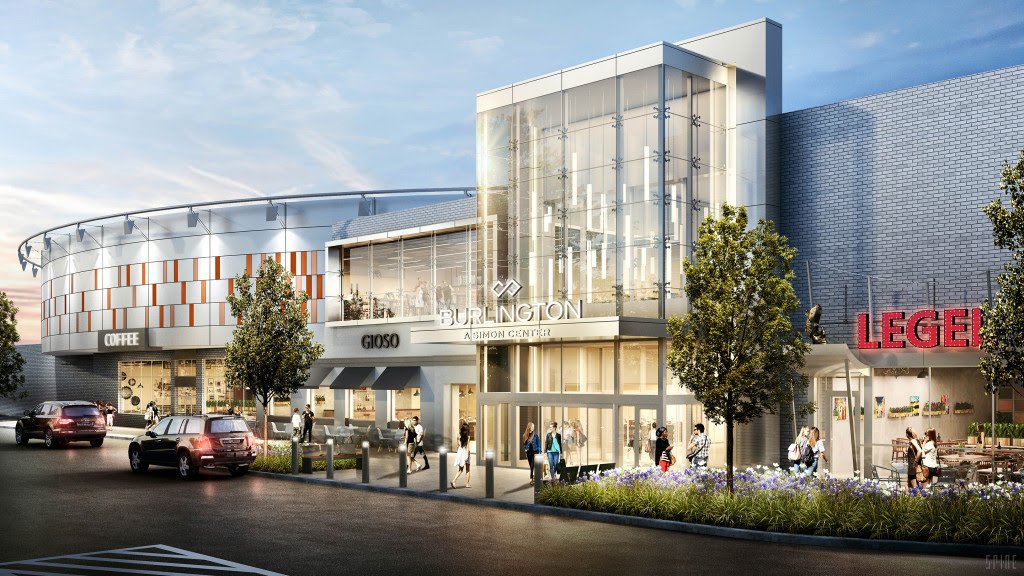 Fourteen miles outside of Boston, the ground floor of what was a Sears at Burlington Mall has been stripped down to the steel.

Renovations scheduled to finished in summer 2020 will transform the space into a “streetscape” of smaller stores and restaurants facing out on to dining patios and a one-acre park. (Consumers who aren’t keen on harsh weather need not worry, the interior connecting hallways will remain open.) The rest of the mall is evolving too, getting a ride-sharing waiting room, a media lounge, and a kids’ play area that will also have party rooms.

In its transition, Burlington Mall is emblematic of many suburban malls across the U.S. The old indoor aquariums, with their long corridors and national chain stores behind large glass windows, are being reworked to let in more daylight and provide more services.

“It’s about placemaking,” said Francis Scire Jr., senior vice president with New York-based O’Connor Capital Partners, which has developed or acquired $25 billion worth of property. “People have so much stimulation in their daily life that they want to be enticed into an experience that feels curated and thoughtful.”

Think electric vehicle charging stations, curbside order pick-up, juice bars, fitness spots, cafes, and craft breweries. Many of the stores will change too, becoming trimmer and more tightly integrated extensions of their online presence. They’ll be positioned as brand showrooms and touchpoints where shoppers can get information and try things on without being pressured to make a purchase.

A rendering of Burlington Mall in Burlington, Massachusetts.
Courtesy of Simon Property Group
Much has been written about the decline of malls: too many stores, too much competition from Amazon, and, on top of it all, a cultural shift, particularly among Millennials, to spending on experiences rather than things. But it’s clear that malls still have a place in the American retail scene, particularly at A- and B-level properties (as classified by location, and demographics such as household income). During the second quarter of 2019, more than 80% of all U.S. retail sales were made in brick-and-mortar stores.

For many retailers, changes begin once they acknowledge that shoppers’ time and attention are limited, and that their stores need to say more with less. Brooks Brothers, for one, is looking for spaces that are roughly half the size of its old box, according to Scire. A junior brand like Free People will jump at 1,800 square feet—petite by mall standards—and make it work, he said.

Macy’s, Hollister, Gap, and others have all announced intentions to try smaller stores. Even outside the mall, retailers are seeing strength in going small. Target has said its most profitable stores are its smaller units.

Putting ‘showrooming’ to work
Consumers have been “showrooming” for years—basically looking at and trying on merchandise in stores, but then hunting for lower prices online. Now retailers are trying to work with that behavior, said Diana Revkin, studio director for New York-based TPG Architecture, which has designed spaces for Anthropologie, David Yurman, and Birkenstocks, among others. “They are taking smaller footprint spaces and offering a curated and frequently changing presentation of merchandise where customers can see the latest trends and check out quality, knowing that sales may happen online,” Revkin said.

Nordstrom Local, the Seattle-based retailer’s newest concept, is the epitome of “store as touchpoint.” Units in Los Angeles and New York are small service hubs with no permanent inventory. Customers stop in to pick up online orders, and check a few things off their To Do lists (tailoring, styling, shoe repair, stroller cleaning, and gift wrapping). Such convenience sells well. Customers who use the Locals spend 2.5 times more money than others, Nordstrom told Fortune.

A new reason to go to the mall
Increasingly, however, consumers’ shopping trips are starting with websites that spark the need for a trip to the mall. Click-and-collect—also known as buy-online-pick-up-in-store or BOPIS—is growing fast. Consumers, accustomed to tapping an app to order a lunch or latte for pickup, increasingly expect the same from the mall. After it outgrew a temporary spot by the escalator, the Nordstrom in Burlington, Mass. created a “pick up” department with a greeter’s desk staffed by multiple people and a set of temporary, plastic-walled dressing rooms so people could try on orders on before leaving with their purchases.

All of this is to say that the plans for renovated, streamlined malls aren’t designed to compete against the web, but to work with it. When a brand opens a new store in a market, online sales from that region typically rise.

For mall brands, the click-and-collect opportunity is huge. It’s efficient for brands to ferry orders to their own stores during replenishment runs, and brings customers into stores. Once they get to the store, many shoppers proceed to buy something extra, according to data from FirstInsight, a retail analytics firm, which found that nine in ten women “sometimes or always” make extra purchases when they are in a physical store.

“Building a click-and-collect system and/or easy in-store local returns of online purchases could be a major competitive advantage for traditional retailers,” according to an NPD Group report.

Another way Simon Property Group is working to encourage mall visits: by trying to make customers feel they’re doing the planet a solid by heading to the mall instead of their computer. A large freestanding sign inside the Burlington Mall reads “Shopping in-mall is better for the environment than shopping online” and cites emissions from delivery trucks and packaging waste.

Better food—and yoga too
What else does the mall need? More daylight, better food. Some property owners are turning the box inside out, as Simon Property Group is doing with the old Sears wing at Burlington, Mass. By giving retailers exterior “street” facades, shoppers can see—just by driving by—what’s on offer. No more wandering in search of a directory.

Not just people, but tenants don’t want to feel trapped in an environment that feels dated and artificial, or smells like food court steam tray. Some of the hottest retail brands “won’t go inside,” said Scire, meaning they won’t lease any spaces located in an interior spot.

More than 75% of Columbus, Ohio-based Washington Prime Group’s properties have open-air components. The company has made a huge commitment to diversifying their offerings, said WPG CEO Louis Conforti. When he joined WPG, the tenant base was heavily skewed toward shops whose customer base was teen girls: “43% of our retail inline was junior fashion and accessories,” he said. “It was ridiculous.”

In the last several years, however, 55% of all the incremental space WPG has leased has been to “lifestyle” tenants, according to Conforti. That includes restaurants, cafes, brew pubs, juice bars, hair salons, fitness studios, bowling alleys, and more. Services people purchase more often than, say, a raincoat or waffle iron. They’ve also inked a few special deals, cutting rents for the little guys, such as local fashion designers or mom-and-pop coffee roasters.

“You give a little break on rent to benefit the mix. It’s the flavor and texture that make it interesting,” Conforti said.

And that creates a reason for shoppers to come back. 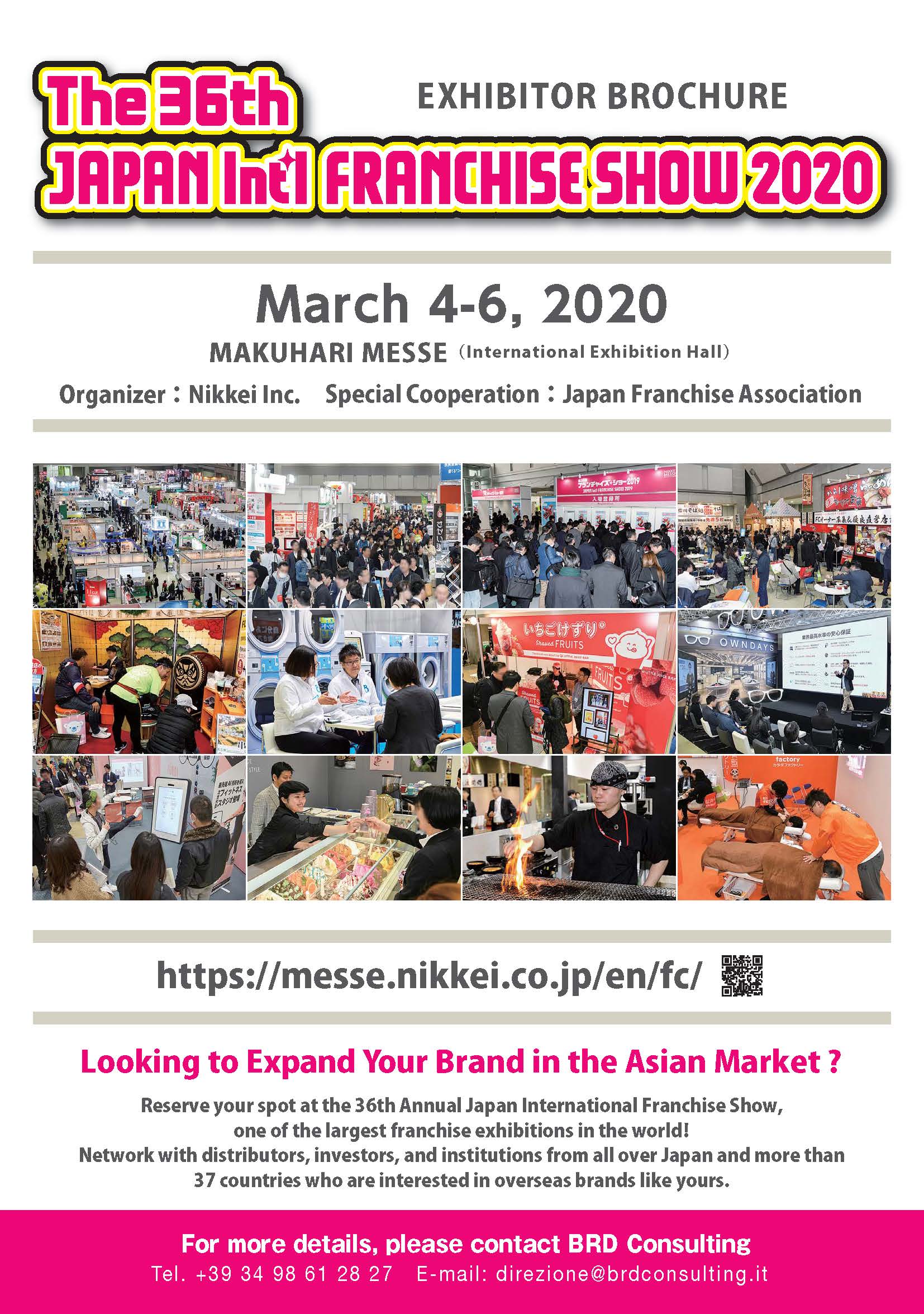