THE SFERA PROJECT, A 13 HECTARE HYDROPONIC GREENHOUSE BEING BUILT IN TUSCANY, HAS RAISED 19 MILLION EUROS 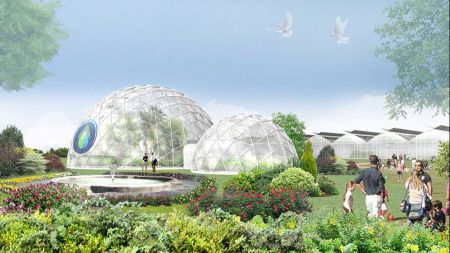 11/12/2017 - Sfera, active in the agritech sector, is a startup that has created a technological structure for the production of vegetables under the banner of environmental sustainability. The basic technique is that of hydroponic cultivation.

Born in July 2016 in Maremma from an idea of 5-year-old Luigi Galimberti, a building contractor with the “pallino dell'innovazione”, Sfera not only aims to produce vegetables but to innovate the business model, processes, products of the agricultural sector in moving the competition forward. “The challenge was not difficult from the technical point of view but from the human point of view - explains Galimberti - the mantra was: it is impossible, if no one has ever done there will be a reason. The death of innovation is: we have always done so.”

The previous step took place in January of the same year thanks to the meeting with Lorenzo Allevi, managing director of Oltre Venture, an Italian venture capital fund focused on entrepreneurial initiatives with a high social innovation value which, in the course of the summer, would have made the first 150 thousand euros available as a member of the company.

"We were not alone anymore. Not only had we received sincere compliments, also the willingness of the fund to invest money in the dark, with the awareness that the resources that they would have made available could be burned without reaching any result,” adds the founder.

What seems to have convinced Oltre Venture was in particular, beyond the agricultural challenge that aims at saving the environment, the will to face it with managerial skills typical of other sectors.

This is recent history. Returning to today, less than a year after the constitution, Sfera closed a capital increase of 7 million euros, extending the company structure to three major investors. The beauty is that the greenhouse has not yet been completed. It will be completed by the end of the year and will be the largest hydroponic structure in Italy: 13 hectares of plant on a 22-meter plot in Gavorrano, in Maremma, not far from Grosseto, for a value of 18 million euros.

Hydroponics is a cultivation technique that allows saving space, cutting water thanks to the recovery of rain, less diseases by virtue of the use of antagonistic insects to combat any pests and better quality of products. The Tuscan maxiserra will have to work as a prototype to be able to then start a network of similar structures all over the world.

This was therefore the summer of the boom. Before the start of the round in July led by its addition venture that brought a Round A from 7 million euro. Then, last month, another led by Iccrea BancaImpresa together with two cooperative credit institutions, for a total of another 11.4 million euros.

"Next to the greenhouse will also be agricultural and forestry systems for biodiversity conservation - says Galimberti - a 360-degree eco-sustainable project, which, focusing on technological innovation and not on pesticide and fertilizer chemistry, will produce tomatoes, salads and aromatic herbs much more than biological. Tomato parasites will therefore be fought with a real army of mercenary ladybugs, hired in the Sfera project ”.

The employment impact on the territory is also noteworthy. In Maremma there are more than 19 million euros in capital and a hundred jobs. A tangible example of support for agriculture initiatives 4.0, able to best combine the constraints of biological cycles with the growing demands of sustainable, traceable and high quality food products.